Wave theory of electromagnetic radiations explained the phenomenon of interference, diffraction and polarization of light.

It means that radiation sometimes behaves as a wave and sometimes as a particle.

In 1924 De-Broglie put a hypothesis that nature is symmetrical. If radiations(light) behaves as wave and particle nature then matter(particles) can also behaves as wave.

“Every moving particle have a wave associated with it,, He got Nobel Prize for this. 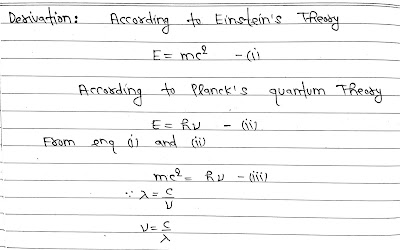 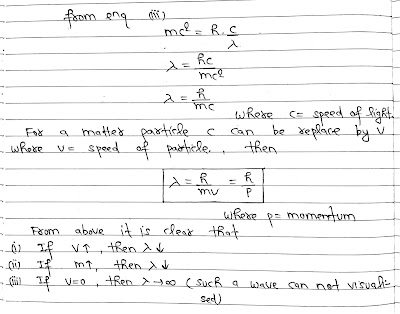 Note: * For heavier particle(larger m) λ is so small that cannot be observed.
* De-Broglie hypothesis is evident for elementary(Quantum) particle, not for daily life objects.

* Matter wave like electromagnetic wave can travel in vacuum and hence they are not mechanical waves.

The laws of photoelectric emission are as follows (I) For a given material and a given frequency of incident radiation, ...

The de-Broglie suggested that every moving particle has a wave associated with it. Davission and Germer experimentally proved that fast ...