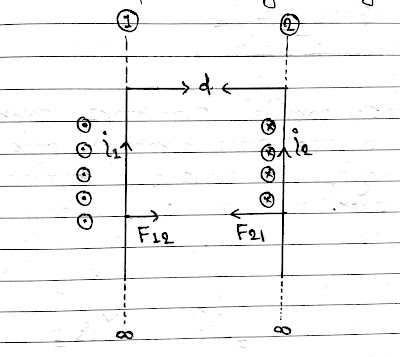 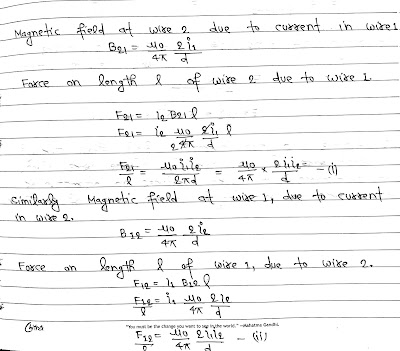 Note: Two linear parallel conductors carrying current in the same direction attract each other, while carrying in opposite direction they repel to each other.

1 Ampere: 1 ampere is the current which flow through each of two parallel infinite wires placed at a distance of 1 metre apart produces an attractive or repulsive force per unit length between wire of 2×10⁻⁷ N/m.

Chapter-4|Moving Charges and Magnetism| NCERT 12th Physics: Motion(Path) of Charged Particle in Magnetic Field: We know that in circular motion ...

Conversion of Galvanometer to Voltmeter

Chapter-4|Moving Charges and Magnetism| NCERT 12th Physics: Magnetic Field: The space in the surrounding of a magnet or a current ...

Chapter-4|Moving Charges and Magnetism| NCERT 12th Physics: Toriod: The toroid is a hollow circular ring on which a large number ...