This theorem gives a relationship between the total flux passing through any closed surface and the net charge enclosed within the surface.

”Gauss’ theorem state that the total flux through any closed surface is 1/ε₀ times the net charge enclosed by the closed surface”.

Mathematically, it can be expressed as-

To prove Gauss Theorem we will take an isolated positive charge inside a surface at its Centre. let S be the surface area and r be the radius of the sphere.

Since every point on surface is equidistant from its centre so its surface is a Gaussian surface. 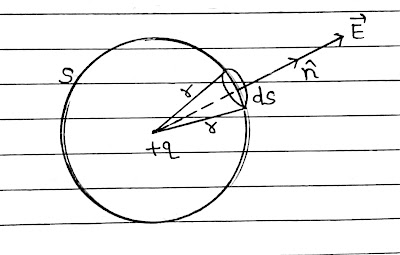 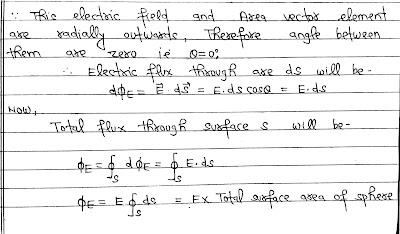 Chapter-1|Electric Charges and Fields | NCERT 12th Physics: Area Vector: The vector associated with every area element of a closed ...