According to Bohr’s theory, A hydrogen atom consists of a nucleus with a positive charge Ze and a single electron of charge e⁻, which revolves around it in a circular orbit of radius r. Here Z is the atomic number and for hydrogen Z= 1. 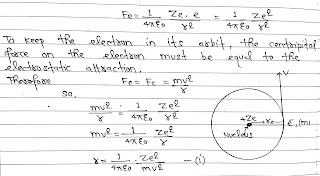 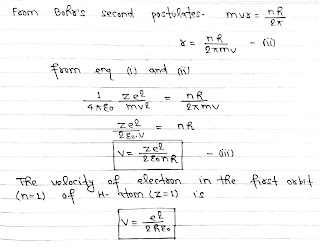 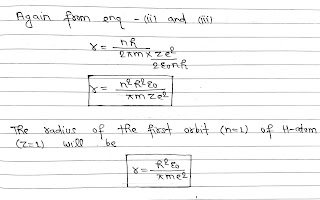 Frequency of Electron in Stationary Orbit:
It is number of revolutions completed per second by the electron in a stationary orbit, around the nucleus. 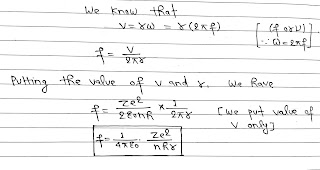 Distance of Closest Approach: As the Distance particle approaches the nucleus, the electrostatic force of repulsion due to nucleus increases ...

Rutherford’s model suffers to major drawbacks. 1. Stability of Atom: According to Maxwell, an accelerated charged particles emits radiation(energy). In ...

In this experiment H Geiger and E Marsden( Student of Rutherford and on suggestion of Rutherford) took ₈₃Bi²¹⁴ (Bismuth) as ...