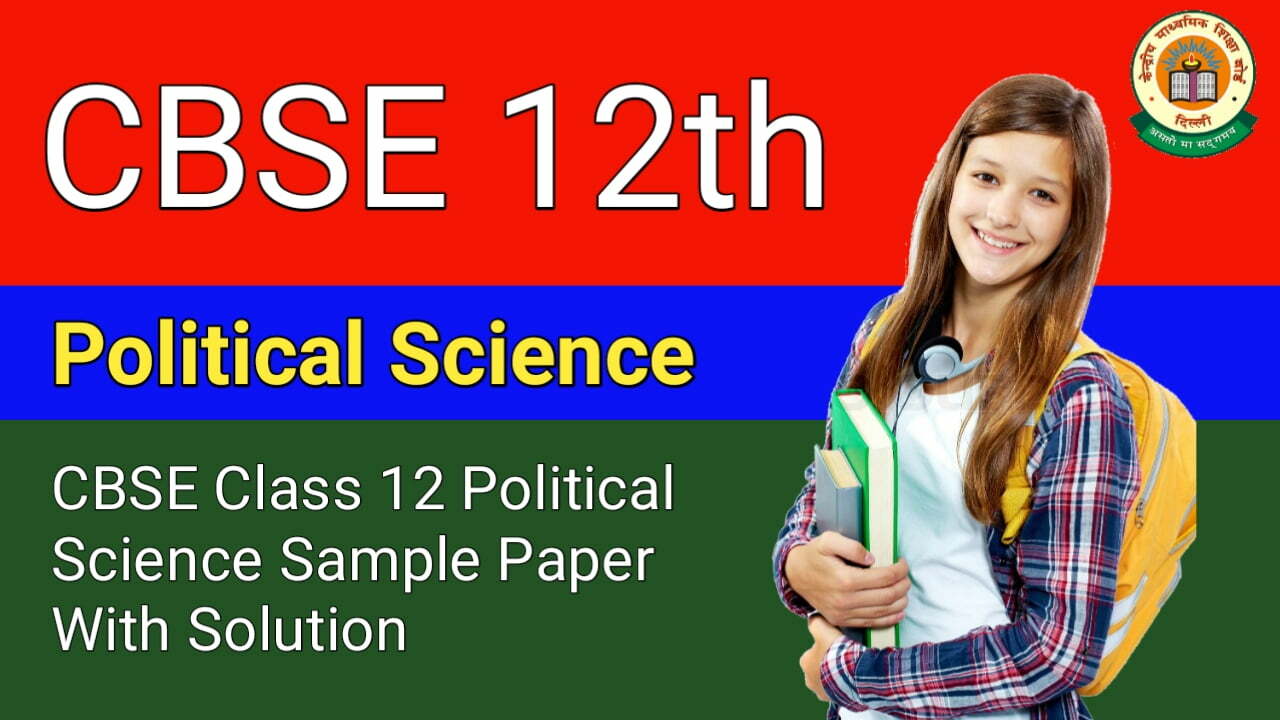 Sections Namely Section A, Section B, and Section C. Further Section Wise Question Details Are As Under

1. Section A consists of 8 questions of 2 marks each.

2. Section B consists of 3 questions of 4 marks each.

Q.1 ‘In recent years India has paid adequate attention to ASEAN’. Give two points to justify the statement.

(a) The ASEAN-India Free Trade Agreement came into effect in 2010.

(b) On January 25th, 2018, silver jubilee of India and ASEAN partnership was commemorated. Leaders released postal stamps to mark the event.

Ans. Miracle on Han River-
(a) South Korea emerged as a center of power in Asia.
(b) Between the 1960s and the 1980s, it rapidly developed into an economic power, which is termed as ‘Miracle on the Han River’.

Q.3 Why do you think India is now considered as an important centre of power?

Ans. The 21st century India is being seen as an important emerging global power-
(a) The economic, cultural and strategic position of the country with the population of more than 135 crores is very strong.

(b) From a strategic perspective, the military of India is selfsufficient with indigenous nuclear technology, making it another nuclear power.

(c) From an economic perspective, targeting the goal of a $5 trillion economy, a competitive huge market, and ancient inclusive culture with 200 million people of Indian diaspora spreading across the globe impart distinct meaning and salience to India as a new center of power in the 21st century. (Any two points)

Q.4 American involvement in South Asia has rapidly increased after the Cold War. Give two examples to illustrate.
Ans.
(a) The United States has had good relations with both India and Pakistan since the end of the Cold War and increasingly works as a moderator in India- Pakistan relations.

(b) The Economic reforms and liberal economic policies in both the countries have greatly increased the depth of American participation in the region.

(c) The large South Asian Diasporas in the US and the huge size of the population and markets of the region also give America an added stake in the future of regional security and peace. (Any two points)

Q.5 Evaluate the role of SAARC in facilitating the economic cooperation in the South Asian region.
Ans.5.
(a) The South Asian Association for Regional Cooperation (SAARC) is a major regional initiative by the South Asian States to evolve cooperation through multilateral means. It began in 1985 SAARC members signed the South Asian Free Trade Agreement (SAFTA) in 2004 which promised the formation of a free trade zone for the whole of South Asia.

(b) A new chapter of peace and cooperation might evolve in South Asia if all the countries in the region allow free trade across the borders.

Q.6 The first general election was postponed twice. Give two reasons for the same.

Ans.6. The first general election was a mammoth exercise-
(a) 17 crore eligible voters were to elect about 3,200 MLAs and 489 members of Lok Sabha.
(b) Only 15% of the voters were literate.
(c) In the first draft of the rolls, names of nearly 40 lakh women were not recorded in the list. (Any two points)

Ans.7. (a) When no single party gets a majority and two or more than two parties join together a form a government, it is called a Coalition Government.

(c) Position of the Head of Government usually remains weak as he/she has to appease all the stakeholders in the government. (Any two points)

Q.8 Name the leader who led a peoples’ march to Parliament in 1975 and state as to what was unique about this march.

Ans.8. (a) Loknayak Jayprakash Narayan was the leader who led peoples’ march to Parliament.

(b) This was one of the largest political rallies ever held in the capital during those times.

(a) After the Second World War, the Organization for European Economic Cooperation (OECC) was established by America, under the Marshall Plan.

(b) The process of economic integration of European capitalist countries proceeded systematically and the Council of Europe was established in 1949.

(c) This led to the formation of the European Economic Community in 1957. After the collapse of Soviet bloc, EuropeanUnion was established in 1992.

(a) Association of South East Asian Nations (ASEAN) was established in 1967 by five countries of this region –Indonesia, Malaysia, the Philippines, Singapore and Thailand by signing the Bangkok Declaration.

(b) ASEAN countries have adopted the “ASEAN Way” as a form of interaction that is informal, non-confrontationist and cooperative.

(c) In 2003, ASEAN moved along the path of establishing an ASEAN Community comprising three pillars, namely, the ASEAN Security Community, the ASEAN Economic Community and the ASEAN Socio-Cultural Community.

(d) ASEAN had several agreements in place by which member states promised to uphold peace, neutrality, cooperation, noninterference and respect for national differences and sovereign rights. ASEAN economy is growing much faster than other countries.

(e) ASEAN has focused on creating a Free Trade Area (FTA) for investment, labor and services. ASEAN Vision 2020 had defined an outward- looking role for ASEAN in the international community. ASEAN policy has been to encourage negotiation
over conflicts in the region. (Any two points)

Q.10 Describe various issues regarding the National Emergency of 1975 in India.

Ans.10. The various issues regarding the National Emergency of 1975 in India are as follows:

(a) There were arrests of political workers and undue restrictions on the press.

(b) The Emergency directly affected the lives of common people in many cases. Fundamental Rights of the people were suspended. Torture and custodial deaths occurred during the Emergency and arbitrary relocation of poor people also took place.

(c) The Constitution simply mentioned ‘internal disturbances’ as the reason for declaring Emergency. Before 1975, the Emergency was never proclaimed on this ground.

(d) Although the then government argued that in a democracy, the opposition parties must allow the elected ruling party to govern according to its policies. It felt that frequent recourse to agitations; protests and collective action are not good for democracy.

(e) Supporters of the then Prime Minister also held that in a democracy, one cannot continuously have extra-parliamentary politics targeting the government. This leads to instability and distracts the administration from its routine task of ensuring development. (Any four points)

Q.11 In the given outline political map of India, four states have been marked as (A), (B), (C), (D). Identify these states on the basis of the information given below and write their correct names in your answer book along with their respective serial number of the information used and the concerned alphabets as per the format that follows:

(i)The state to which Minister for Communications in the first ministry of free India belonged.

(iii). The state to which S. Nijalingappa belonged.

This question is for Visually impaired candidates only in lieu of question no. 11

11 A. What is the meaning of Defection in terms of Indian politics? Describe any two demerits of defection.

Q.12 ‘Peace and prosperity of countries lay in establishing and strengthening of regional economic organizations’. Critically evaluate the statement.

(b)Backward countries also get a chance for their development and thus, employment also increases.

(c) Standard of living of every country is improved.

(d)They get facilities of quality education, health and transport.

(e)When the public gets satisfied, then its trust in Nation’s policy increases and thus along with its capability, also corporates in its policies, which brings peace and prosperity in a country.

(f) There are no chances of public outrage.

Give an account of the changing role of state in the light of Globalization.

Ans. (a) Globalization results in an erosion of state capacity, i.e. the ability of government to do what they do.

(b) All over the world, the old welfare state is now giving way to a more minimalist state that performs certain core functions, such as, the maintenance of law and order and the security of its citizens.

(c) The entry and the increased role of multinational companies all over the world leads to a reduction in the capacity of government to take decisions on their own.

(d) Globalization has also reduced the power of states to decide national and foreign policy voluntarily. They have been forced to follow the policies and decisions of international organizations.

(f) In some respects state capacity has received a boost as a consequence of globalization, with enhanced technologies available at the disposal of the state to collect information about its citizen. With the information, the state is better able to rule, not less able.

Ans.13. (a) Triple Talaq: Rights of women and dignity were upheld in the judgement and an end was put to the exploitation and insecurity of women.

(b) Article 370: Special status of Jammu and Kashmir revoked, reaffirming that it is an integral part of India.

(c) Farm Laws Repeal: There were a yearlong protest of farmers largely across Punjab and Western Uttar Pradesh and surmounting pressure on the government by Dharna in Delhi. This led to the intervention of Judiciary and formation of an expert committee. Finally, led to repeal .

(d) CAA-NRC Law: To fast rack citizenship for minorities in neighboring states, however accumulated fears within Indian communities which led to country wide protests. Judiciary had to intervene. Finally, implementation was put on hold by the government.

(e) Ram Janmabhoomi: This was a centuries long dispute and was reignited in the 1990s.It shaped the discourse of Indian Politics( rise of BJP).The case went to Supreme Court after Allahabad Court’s judgement in 2010. An expert committee was formed by the Supreme Court. Finally judgement came in 2019 and the matter was put to rest.

Discuss the impact of the relationship between the Judiciary and the Executive during emergency period in India.

Ans. The impact of the conflict between the Judiciary and the Executive was as follows:

(a) The Indira Gandhi government brought in many changes in Constitution that declared that election of Prime Minister, President and Vice President could not be challenged in court.

(b) The government made extensive use of Preventive Detention.

(c) To give preference to Directive Principles of State Policy over Fundamental Rights. Due to this provision, any person could be deprived of even his fundamental rights. Along with this, this amendment completely dwarfed the judiciary. At the same time, immense powers were given to the legislature.

(d) The government also superseded the practices of the Supreme Court in appointing its Chief Justice.

(e) The term of the Parliament was also increased from five years to six years.

(g) Judiciary delivered various controversial judgements; did not perform its role properly. No constitutional rule of law prevailed; this was called as the dark period of democracy; no media freedom and opposition was in jail. Judiciary and Executive acted as one entity, with judiciary not keeping a check on the actions of the executive. By way of 42nd Amendment, detention was removed from judicial review. (Any six points) 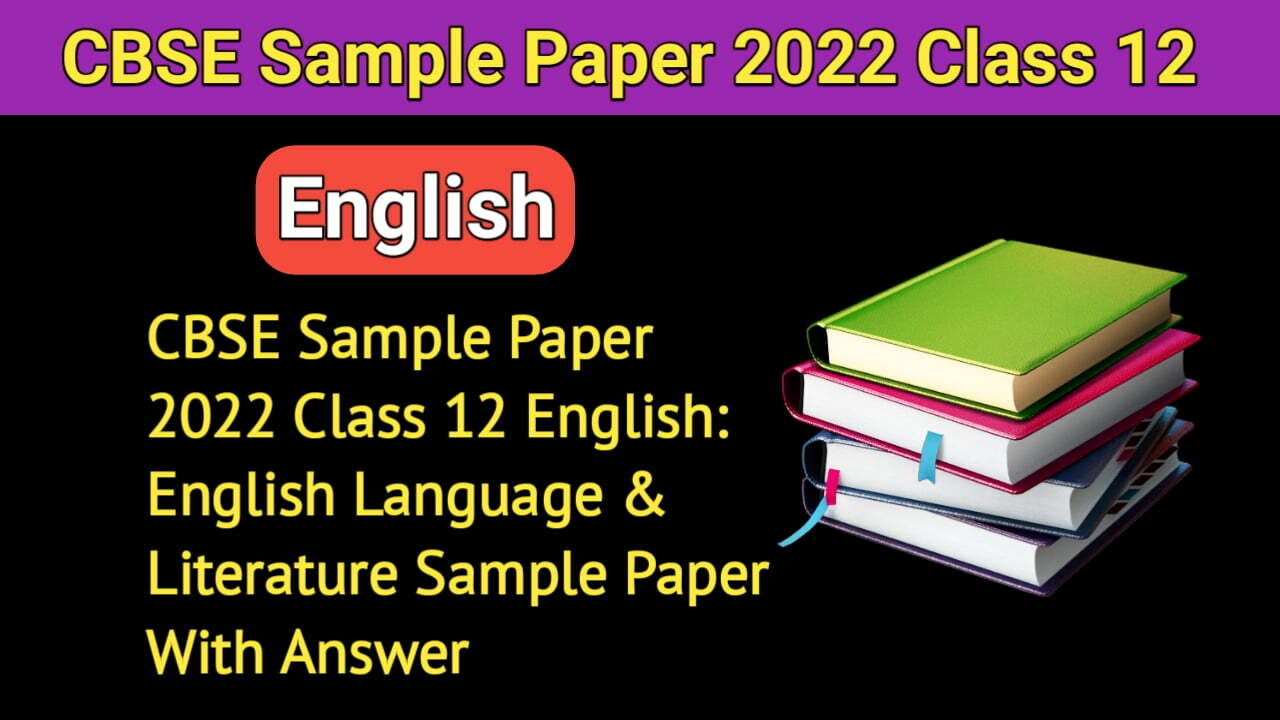 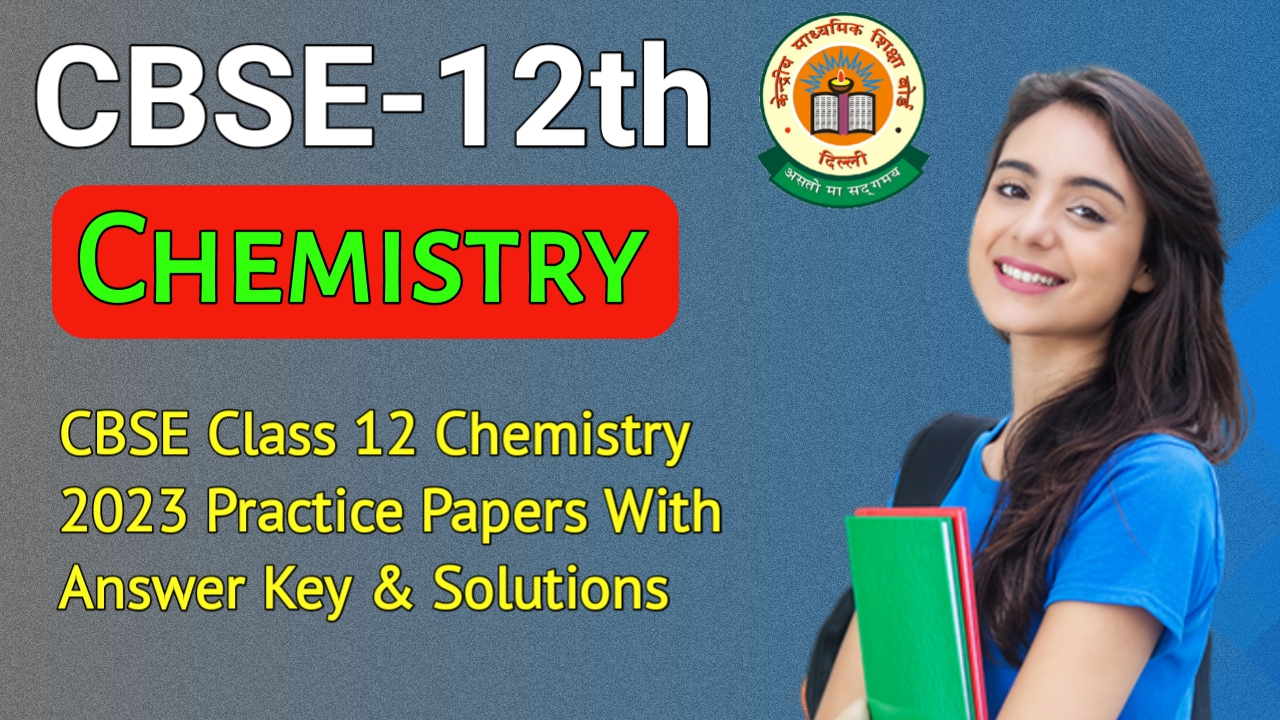 From this post, you can download, CBSE Class 12 Maths Sample Paper 2023 With Solution in PDF form. These Sample ... 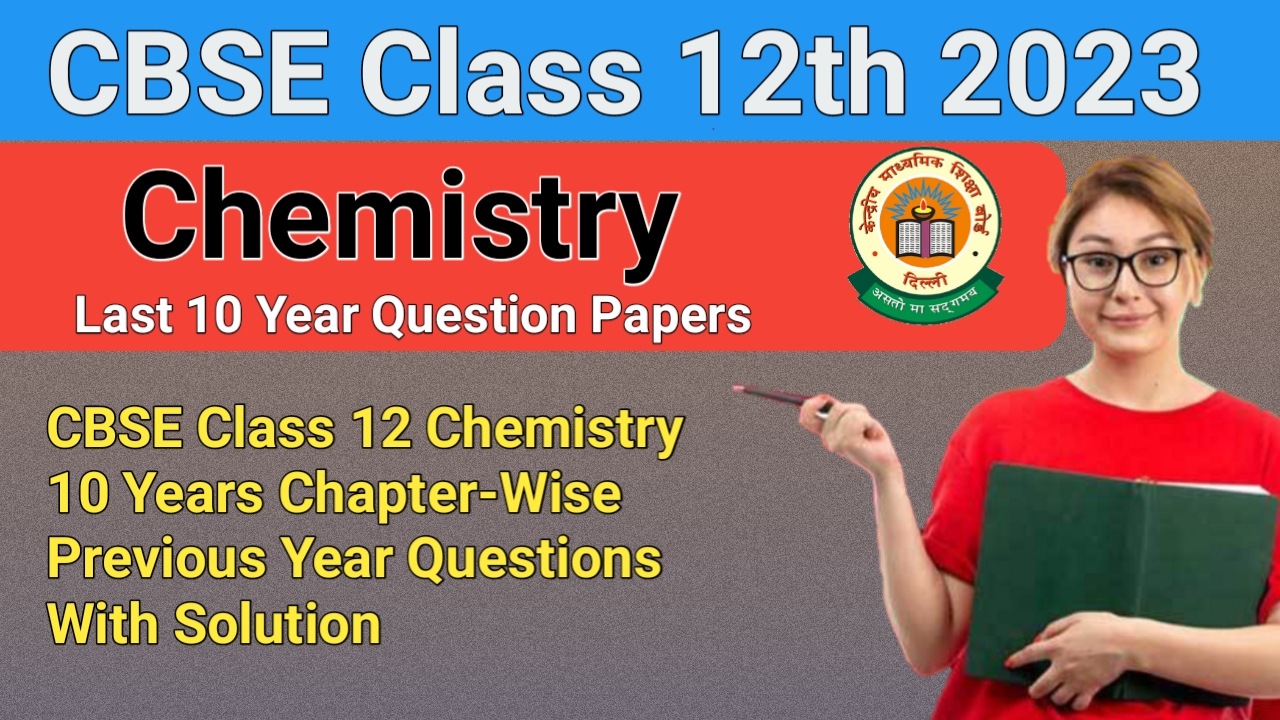