Characteristics of the Earth’s Magnetic Field

Characteristics of the Earth’s Magnetic Field:

The magnetic field lines of the earth resemble that of a hypothetical magnetic dipole located at the centre of the earth. The axis of dipole is presently tilted by approximately 11.3 degree with respect to the axis of the rotation of the earth. 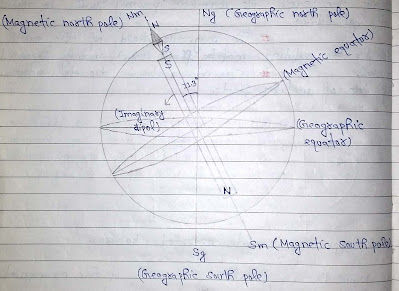 Magnetic Meridian:- The vertical plane which passes through the imaginary line joining the magnetic north and the South Pole is called magnetic meridian.

Note:- If we cut an imaginary plane through rotation of Axis and line joining NM to SM these two planes are called Geographic Meridian and Magnetic Meridian.

Magnetic Elements:- The physical quantities which determine the intensity of the earth’s total magnetic field completely (both in magnitude and direction) are called magnetic elements.

There are three magnetic elements of the earth- 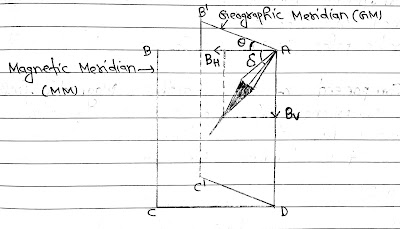 Magnetic Declination:- At any point on earth’s surface, the angle between the Geographic meridian and magnetic meridian is called magnetic declination. 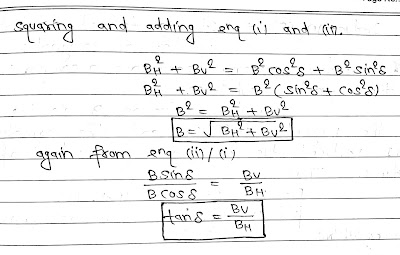 Force Between Two Magnetic Poles: The force of attraction or repulsion F between two magnetic poles of strengths m1 and ...