Polarisation of Light by Scattering and Reflection

Polarisation of Light by Scattering:

This explains the polarisation of light scattered from the sky. 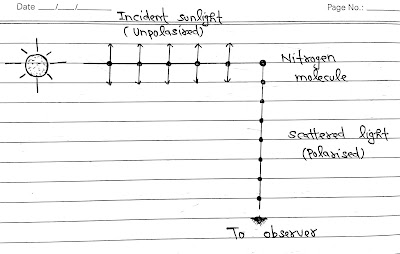 Polarisation of Light by Reflection:

The angle of incidence in this case is called Brewster’s angle IB. 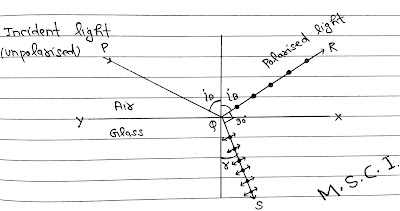 The above relation is known as Brewster law. The law state that the tangent of polarising angle of incidence of a transparent medium is equal to its refractive index.

The value of brewster’s angle depends on the transparent refractive medium and the wavelength of the light used.

Chapter-10|Wave Optics|NCERT 12th Physics: Polarisation:  A transverse wave or Light in which vibrations are present in all possible directions, in ...

Chapter-10|Wave Optics|NCERT 12th Physics: Diffraction of Light: The phenomenon of bending of light around the sharp corners and the spreading ...

Chapter-10|Wave Optics|NCERT 12th Physics: According to huygens light is a mechanical wave (require a medium). Huygens supposed the existence of ...