The Field of an Electric Diopole

The Field of an Electric Diopole:

The electric field produced by an electric dipole is called a dipole field.

This can be determined by using:

(a) The formula for the field of a point charge and

(b) The principle of superposition.

At a Point on The Axial Line:

Let we consider an electric dipole consisting of charges +q and -q are separated by distance 2l and placed in vacuum. let P be a point on the axial line at a distance x from the centre O of the dipole on the side of the charge +q. 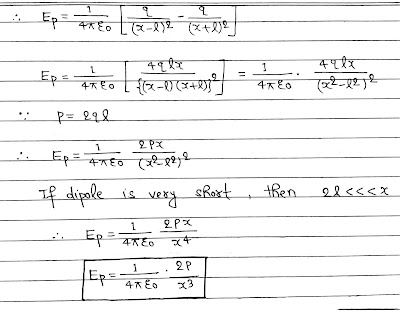 At a point on the Equatorial Line:

Let an electric dipole consisting of two point charges +q and -q separated by a small distance 2l with Centre O. And a dipole moment- 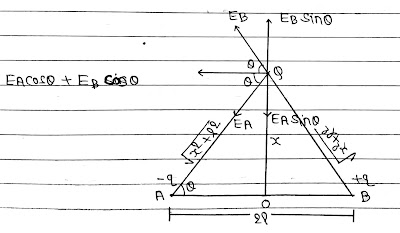 Since vector EASinθ and EBSinθ are opposite in direction so, it will cancel out to each other. Therefore resultant electric field will be obtained only from cos component. 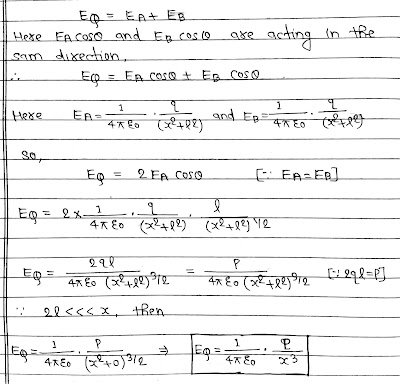 Chapter-1|Electric Charges and Fields | NCERT 12th Physics: Electric Flux: Electric flux linked with any surface is defined as the ...

Chapter-1|Electric Charges and Fields | NCERT 12th Physics: Electric Field Intensity at Any Point Due to a Short Electric Dipole: ...