According to huygens light is a mechanical wave (require a medium). Huygens supposed the existence of a hypothetical medium called “luminiferous Ether” which filled the entire space through which Sun rays comes on Earth. This medium was supposed to be massless with extremely high elasticity and very low density.

A wavefront is the locus of points(wavelets) having the same phase of oscillations. A wavelet is the point of disturbance due to propagation of light.

A line perpendicular to a wavefront is called a Ray 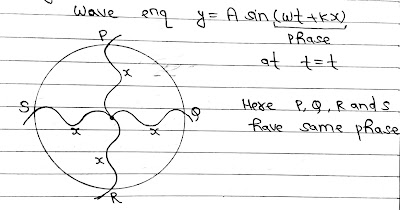 Depending on the shape of source of light, wave front can be of three types.

(I) Spherical Wavefront:  When the source of light is a point source, the wavefront is a sphere with centre as source. 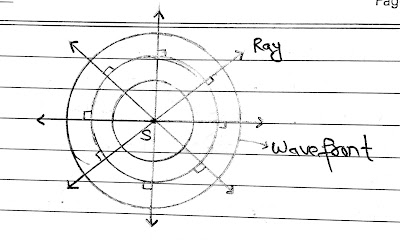 (II) Cylindrical Wavefront: When the source of light is a linear i.e a slit, the cylindrical wavefront is formed. 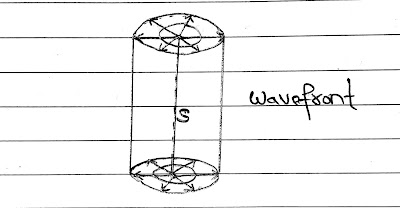 (III) Plane Wavefront: When the source of light (point or linear source) is at very large distance, such a wavefront is called plane wavefront because it appears to be plane (for source at infinity).

Chapter-10|Wave Optics|NCERT 12th Physics: Resolving Power of Optical Instruments: Resolving power of an optical instrument is the ability of the ...

Chapter-10|Wave Optics|NCERT 12th Physics: Doppler’s Effect in Light: The change in frequency or wavelength of the light wave due to ...

Chapter-10|Wave Optics|NCERT 12th Physics: Superposition Principle: When two or more waves travelling through a medium, superpose on each other, then ...