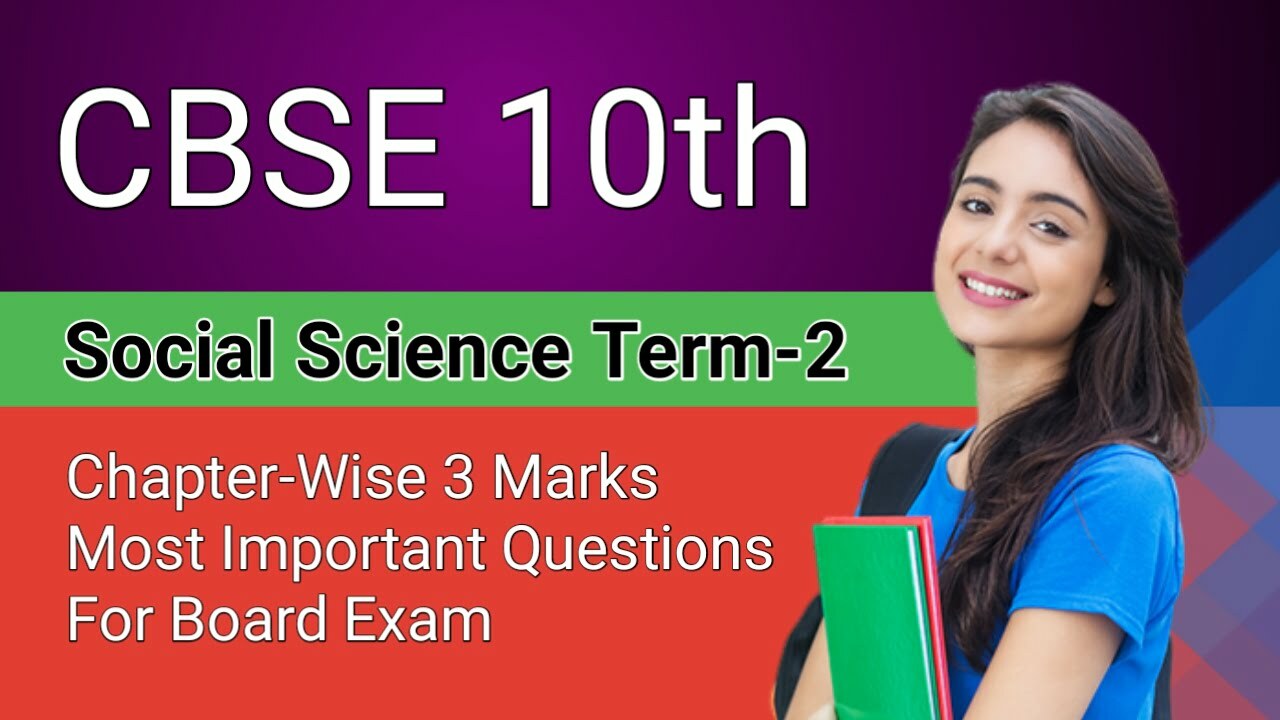 In this post I have provided CBSE class 10 social science important short answer type questions to prepare for Term 2 board Exam 2022. Here we are provided the sets of questions which are best to prepare the 3 marks questions from all chapters of Class 10 Social Science.

These questions have been prepared by me and the examination experts. All Students can easily read all questions in revise them to score maximum marks in their final Social Science board exam 2022.

Given below are the CBSE class 10 social science chapters name with their respective questions with answer.

Que 1. What was the main reason to withdraw the Non-cooperation Movement?

Ans : Causes of withdrawal of the Non-cooperation Movement:
(i) Due to the Chauri Chaura incident where 22 policemen were burnt alive, Mahatma Gandhi decided to withdraw the movement.
(ii) He felt the movement was turning violent in many places and satyagrahis needed to be trained properly for mass movement.
(iii) Within the Congress, some leaders were tired of mass struggles and they now wanted to participate in elections.

(i) Champaran: In 1917 he travelled to Champaran in Bihar to inspire the peasants to struggle against the exploitative plantation system.

(ii) Kheda: In 1917, he organised a Satyagraha Movement in support of the Kheda peasants in Gujarat. These peasants were very much worried due to crop failure and a plague epidemic. Since they could not pay the revenue, they demanded relaxation in revenue collection.

(iii) Ahmedabad: In 1918, he went to Ahmedabad to organise Satyagraha Movement among the workers of cotton mills.

Que 3. Explain the idea of Satyagraha.

Ans : Satyagraha was a novel method of mass agitation. The idea of Satyagraha emphasized upon the power of truth and the need to search for truth. It suggested that if the cause was true and if the struggle was against injustice, then physical force was not necessary to fight the oppressor.

Through non-violent methods a Satyagraha could appeal the conscience of the oppressor by the power of truth, which was bound to win.

Que 4. How did the plantation workers understand the idea of ‘Swaraj’? Explain.

Ans : The plantation workers understood the idea of Swaraj as-

(i) The right to move freely in and out of the confined space in which they were enclosed.

(ii) It meant retaining a link with villages from which they had come.

(iii) They interpreted the Swaraj in their own ways, imagining it to be a time when all sufferings and all troubles would be over.

Que 5. Explain any three effects of the Non-cooperation Movement on the economy of India.

Ans : The effects of Non-Cooperation Movement on the economic front were immense. They were:

3. In many paces merchants and traders refused to trade in foreign goods or finance foreign trade.

As a result, production of Indian textile mills and handloom went up largely.

Que 1. Why have the demands of jute products increased internally as well as globally? Explain any two reasons.

USA, Canada, Russia, UAE, UK, and Australia are the main markets of jute where the demands have increased.

The main reason behind the increased demands are:

1. The demands have increased internally because of the norm made by the government on the mandatory packaging of goods with jute.

(ii) Mini Steel Plants These are smaller in size as compare to integrated steel plants. These usually have an electric arc furnace and use steel scrap and sponge iron as raw material. At present, there are more than 200 mini steel plants in India.

(iv) Recent Developments In recent years, the Policy of Liberalization and FDI (Foreign Direct Investment) have provided boost to iron and steel industry. Rapid infrastructure development has led to the growth of demand of iron and steel. India is now capable of producing steel more competitively.

Que 3. What is the importance of the Information Technology sector for the Indian economy? Explain.

Ans : The importance of IT sector is as follows:

(i) It has provided employment to over one million people.

(ii) This industry is said to be a major foreign exchange

(iii) It has helped in the growth of the service sector.

(iv) It provides employment to innumerable men and women.

Que 4. How can the industrial pollution of fresh water be reduced?

Ans : The waste water discharged by our industry pollutes fresh water. Hence, it is essential to save the stock of fresh water from being polluted. Some ways that can be followed in this direction are:

(i) Water should be re-used and re-cycled to minimise the use of water.

(ii) Hot water and effluents should be treated before releasing them in rivers and ponds.

(iii) Rainwater harvesting should be encouraged to meet water requirements.

Que 5. Why is iron and steel industry called a basic industry?

Ans : Iron and steel industry is called the basic industry because:

(i) All other industries – heavy medium and light, depend on it for their machinery.

(iii) Production and consumption of steel is regarded as the index of country’s development. Today with 32.8 million tons of steel production, India ranks 9th among the world under steel producers.

Que 2. What type of tourism may be developed in your state/UT and why?

Ans : The type of tourism may be developed India state/ UT is more popular zoos and wildlife sacuntuary. because it is popular among the world.

Que 3. List out the airports and seaports of Tamil Nadu.

The intermediate port at Nagapattinam and 15 minor ports.

Que 4. How tourism may be helpful for the economic development of a region adopting a sustainable development approach?

Ans : (i) Tourism helps in providing the much needed foreign exchange.
(ii) It helps in expanding business of the local business men.
(iii) It helps in the flourishment of traditional arts and culture.
(iv) It promotes the cultural heritage of the country.
(v) it exhibits the strengths of our country to the rest of the world.
(vi) It provides employment in service sector.
(vii) It increases the income of the country.

Que 5. What are the characteristics of Kandla Sea Port? Mention three points.

(i) First port developed soon after India got independence.

(ii) Reduced the volume of traffic on Mumbai port.

Que 6. Give any two demerits of air transport.

Ans : The demerits of air transport:

(i) It is not within the reach of common people.

(ii) It is limited to larger cities.

Que 7. Name the state in which Marmagao port is located.

Que 8. ‘Dense and efficient network of transport and communication is a prerequisite for national and international trade’. Give four arguments to support this statement?

Ans : We use different materials and services in our daily life. Some of them are available in our immediate surroundings, while other requirements are met by bringing things from other places. The importance of transport and communication is seen in today’s time as the world has converted into a large village with the help of efficient and fast moving transport.

Arguments to support the above statement are as follows :

Thus, it can be concluded that dense and efficient network of transport and communication is a pre-requisite for national and international trade.

Que 9. What are the problems faced by Indian Railways?

(i) It lacks repair and maintenance of tracks and bridges.

(ii) India as the railways operation is on their gauges and shift from gauge to another is a problem.

(iii) Rail traffic has increased and the old tracks are not able to carry the increased load and accidents are frequent.

Ans : Location of inland oil refineries was made possible because of pipeline transportation which links them with oilfields.

Ans : (i) Waterways are the cheapest means of transport.

(ii) They are most suitable for carrying heavy and bulky goods.

(iii) It is a fuel-efficient and environment friendly mode of transport.

Que 12. What are ‘Pawan Hans’ services? Write two purposes for which the services are used.

Que 13. Define international trade. Why is it considered as economic barometer of a country?

Ans : When trade takes place between two countries it is known as international trade.

(i) It is very important for the development of a country. Advancement of international trade of a country is an index to its economic prosperity.

(ii) As the resources are space bound, no country can survive without international trade.

(iii) It enables a country to earn foreign exchange which is needed to import essential goods. It is, therefore, considered the economic barometer for a country. 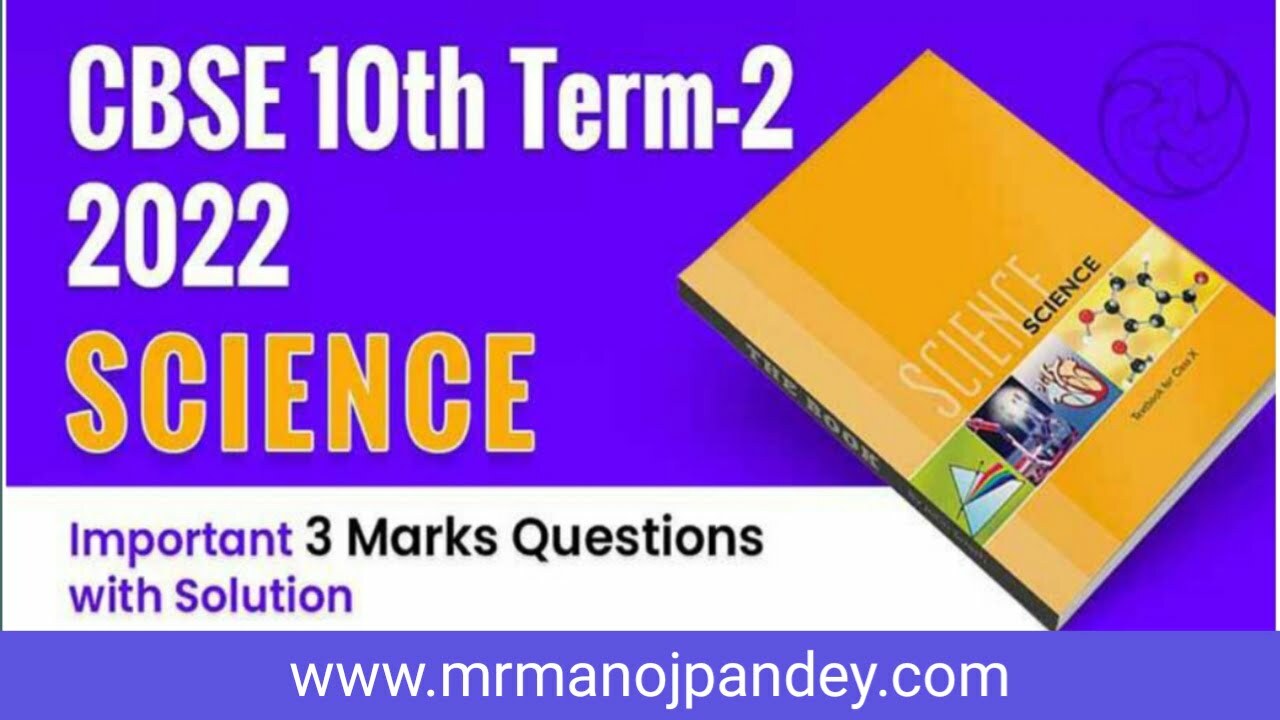 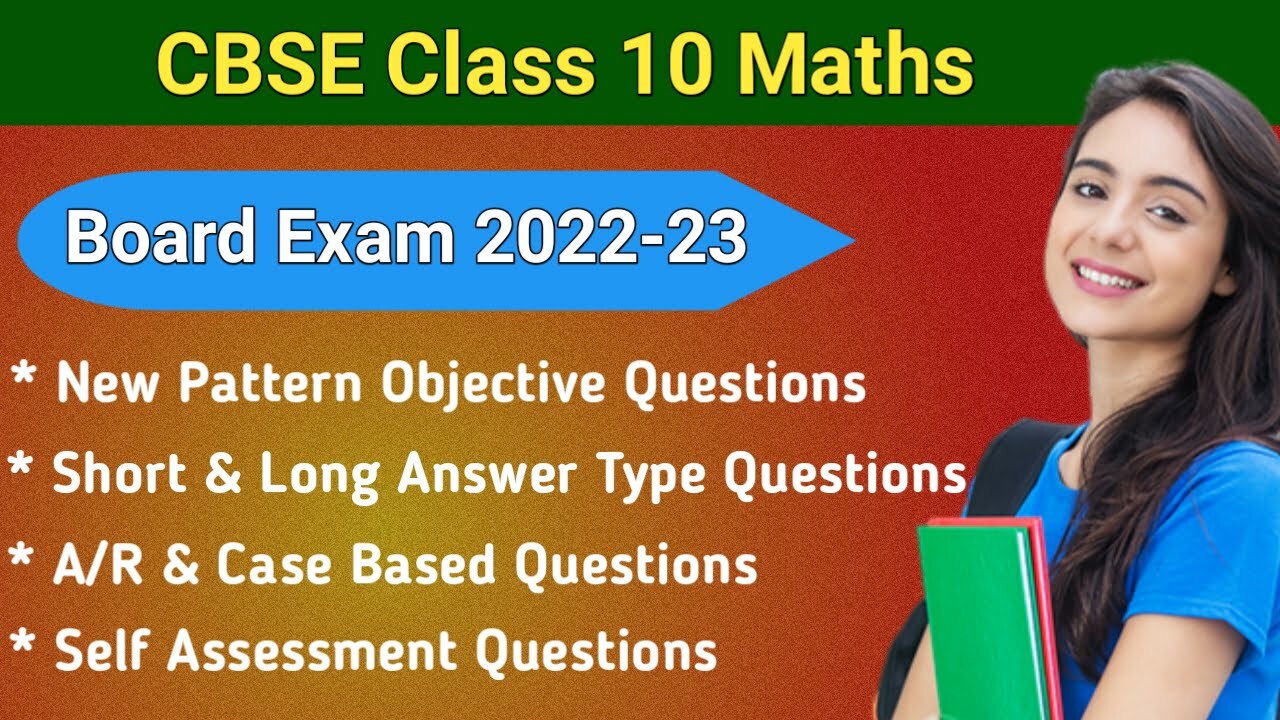 This post contains CBSE Class 10 Maths Questions With Solutions On The Basis Of Letest CBSE Exam Pattern 2022-23. This ... 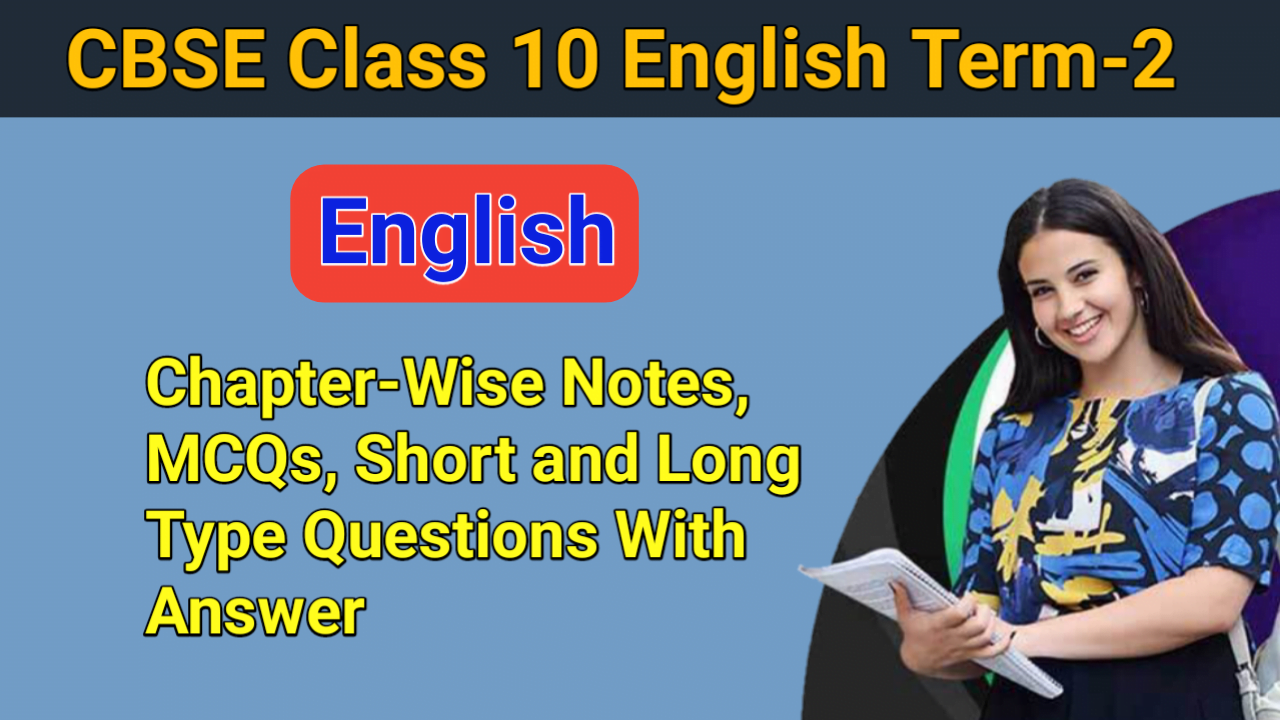 CBSE Class 10 English Term-2 2021-22|Chapter-Wise Notes, MCQs, Short and Long Type Questions With Solutions In This Article I Have ...