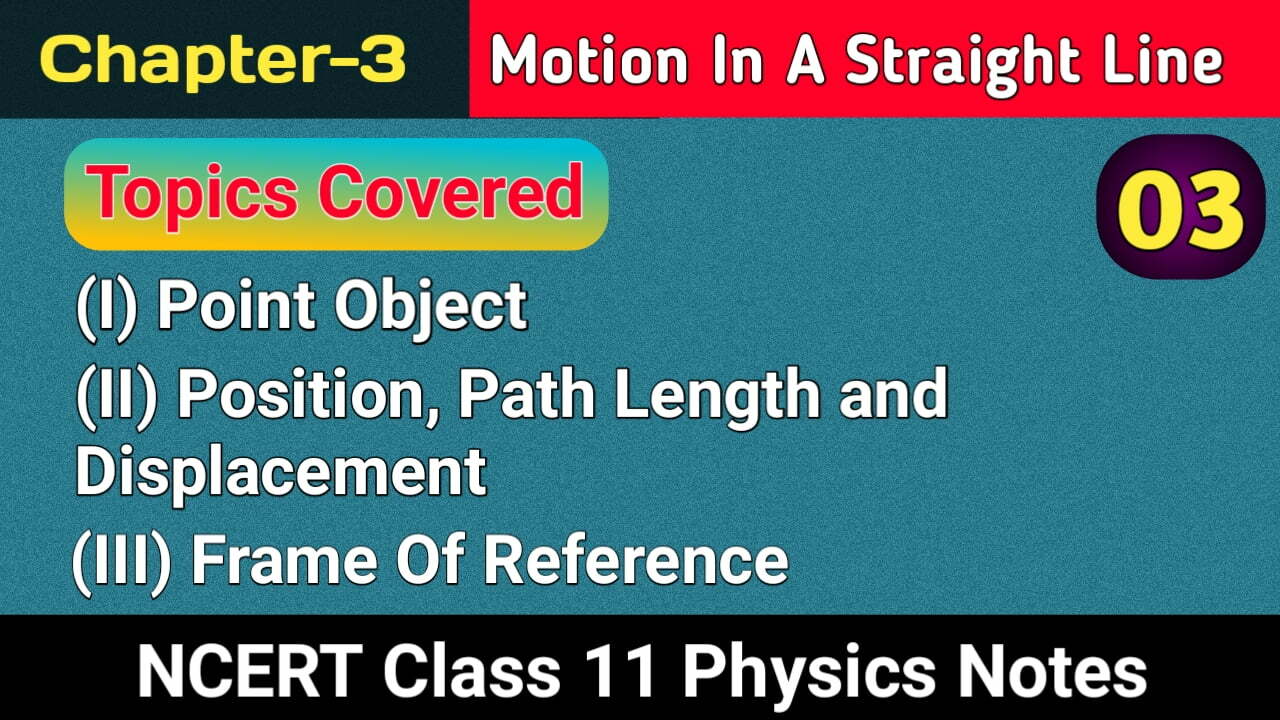 An object is considered as a point object if the size of the object is much smaller than the distance it moves in a reasonable duration of time.

Example:- A train under a journey of several 100 KM can be considered as a point object.

It is define as the point where an object is situated. Position can be determined by the co-ordinate Axis that is marked in units of length and that has positive and negative directions.

We choose a rectangular coordinate system of three mutually perpendicular axis as X, Y and Z. The point of intersection of these three axis is called origin and considered as a reference point.

The X, Y, Z co-ordinate describe the position of the object with respect to the coordinates system. To measure time, we need a clock. This coordinates system along with a clock constitutes a frame of reference.

The length of the path covered by an object in a given time interval, is known as its Path length or distance travelled.

Example:- Let an object moves along x-axis to a distance of 100 m from the origin O in time t then, the path length is 100 m.

The change in position of an object in a particular direction is termed as displacement i.e the difference between the final and initial positions of the object is called displacement.

It is denoted by ∆x.

Where, x₁ and x₂ are the initial and final position of the object. 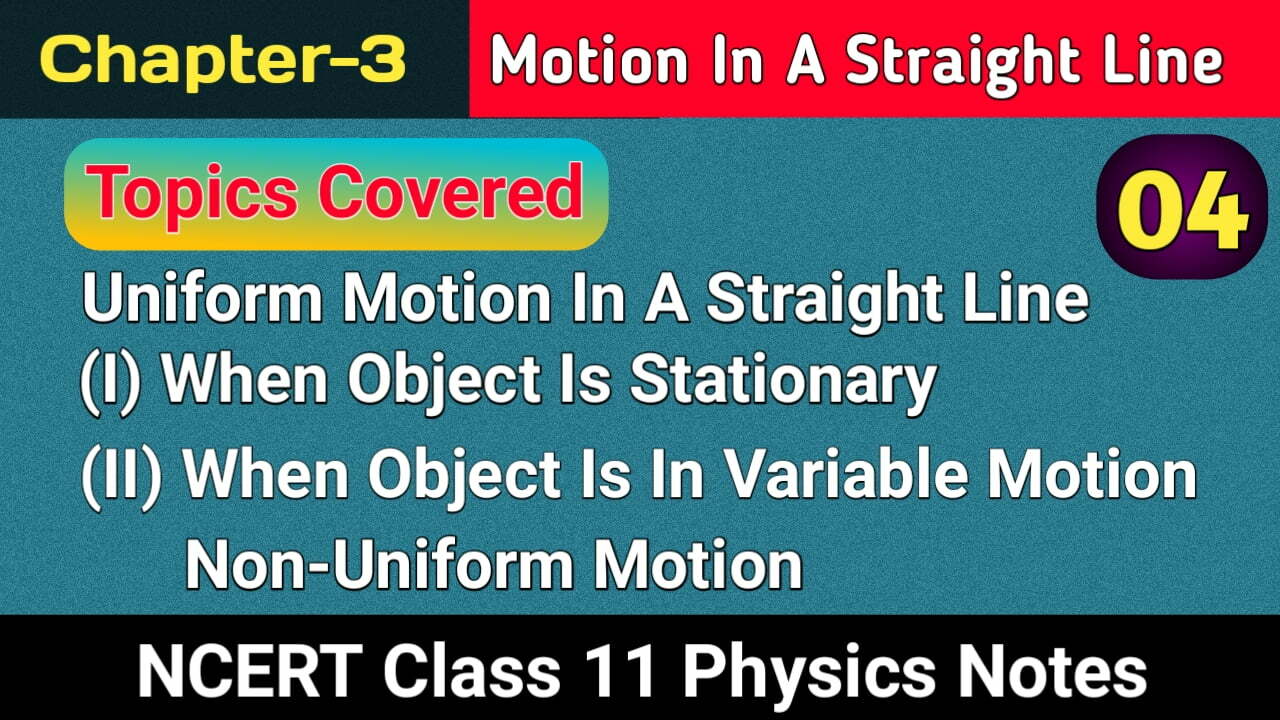 Uniform Motion In A Straight Line

A body is said to be in a uniform motion if it travels equal distance in equal intervals of time ... 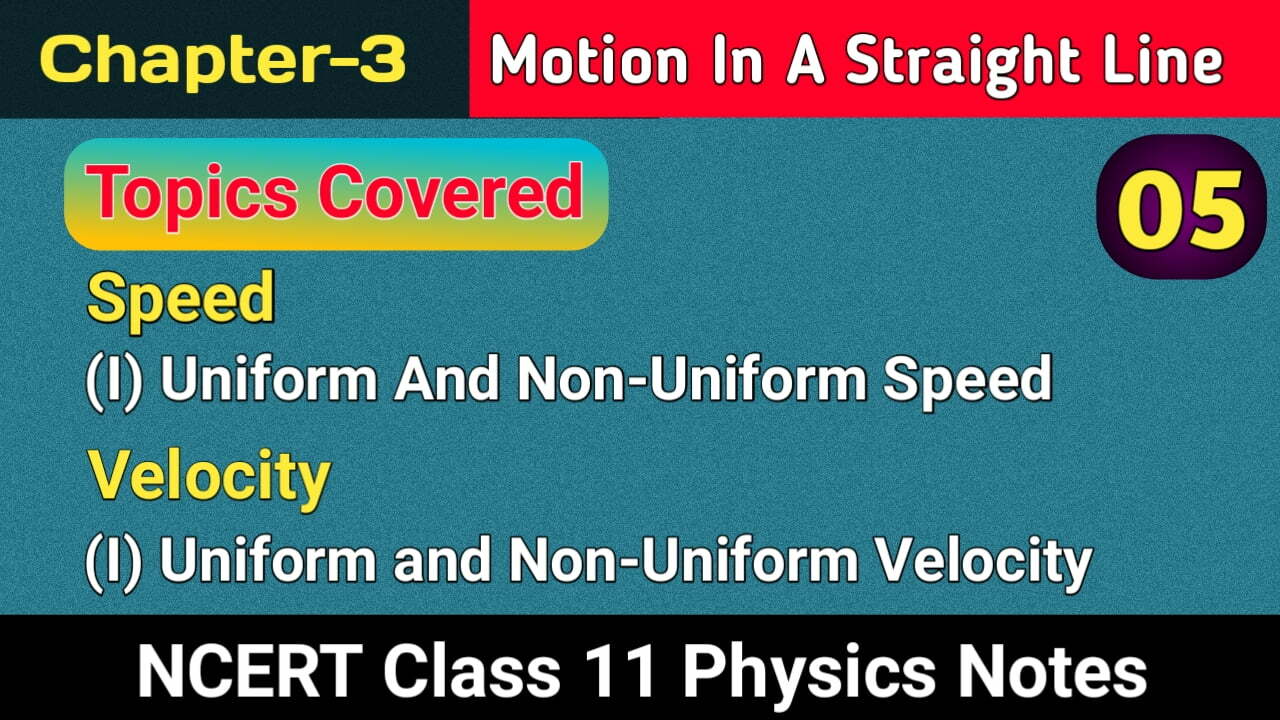 Speed The distance covered by an object divided by the time taken by the object to cover that distance is ... 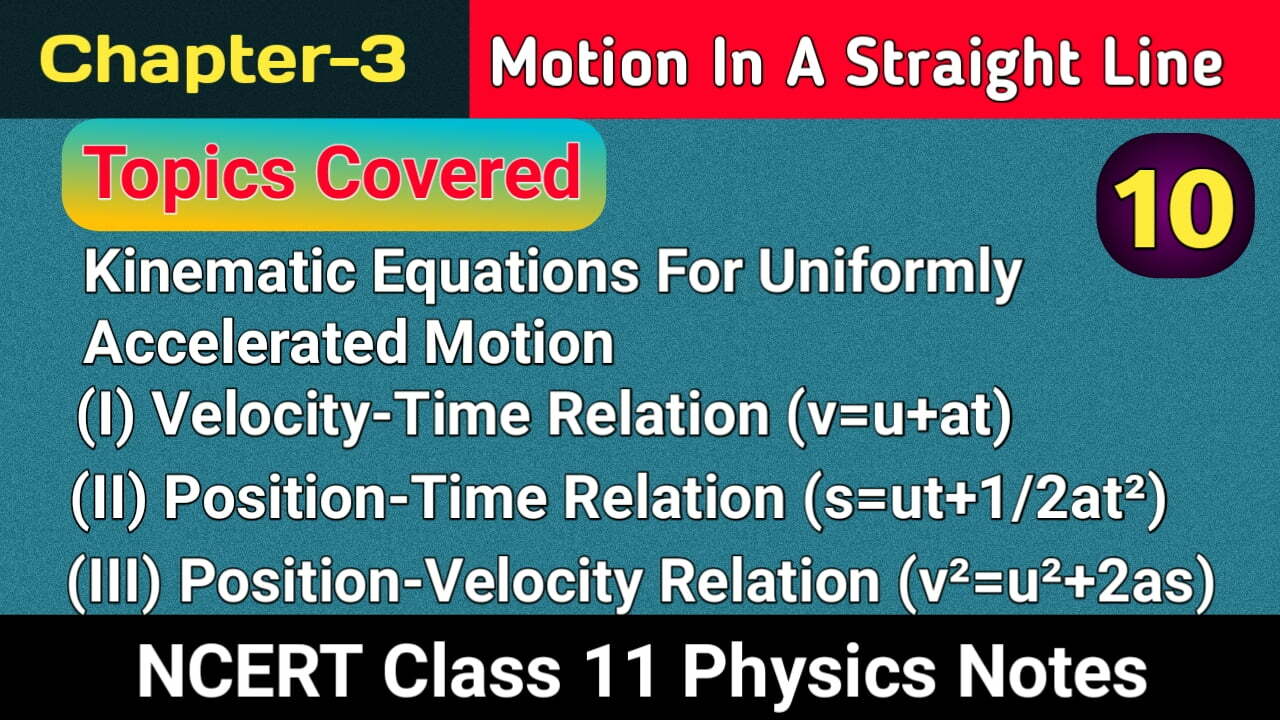 If an object moves along a straight line with a constant acceleration a. Let u be the initial velocity at ... 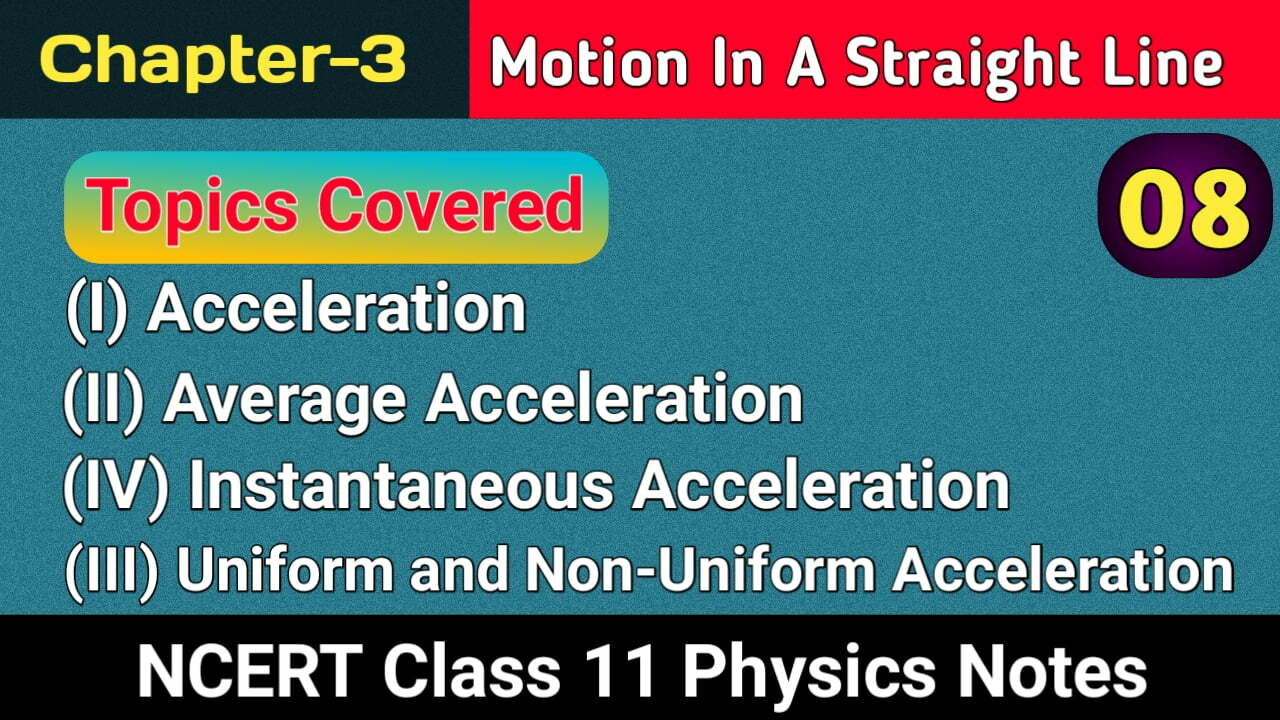 The existence of acceleration was given by Galileo in his different thoughts. Acceleration of a body can be expressed as ...