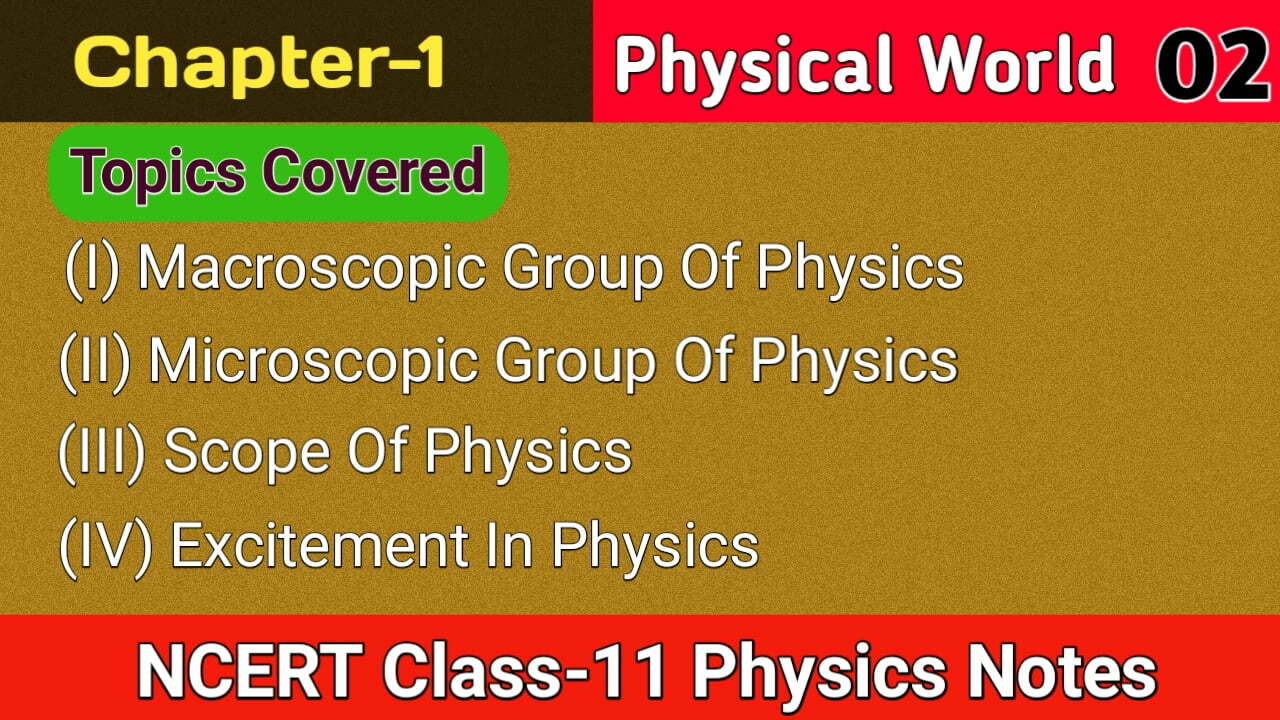 Microscopic group of Physics consists of phenomena at the laboratory, terrestrial and astronomical scales and it deals with the subjects. Included in classical physics like mechanics, electrodynamics, optics and thermodynamics.

Microscopic group of Physics deal with the study of constitution and structure of matter at every minute scale of length i.e at the scale of atoms and nuclei or even smaller than these.

This group of Physics can be studied under the subject quantum physics.

Physics has a huge scope as it covers a tremendous range of magnitude of various physical quantities (length, mass, time, energy) etc.

(II) Range of masses (from heavenly bodies to electrons are) 10⁵⁵ kg to 10⁻³⁰ kg.

Physics is very exciting to study for different people, due to different reasons. Some of reasons are as follows

(I) Universality and smoothness of theories of Physics due to the fact that few basic concepts and laws can explain phenomena covering a large range of physical quantities.

(II) Imaginative new experiments to find the secrets of nature, to verify theories which are very challenging and thus exciting. 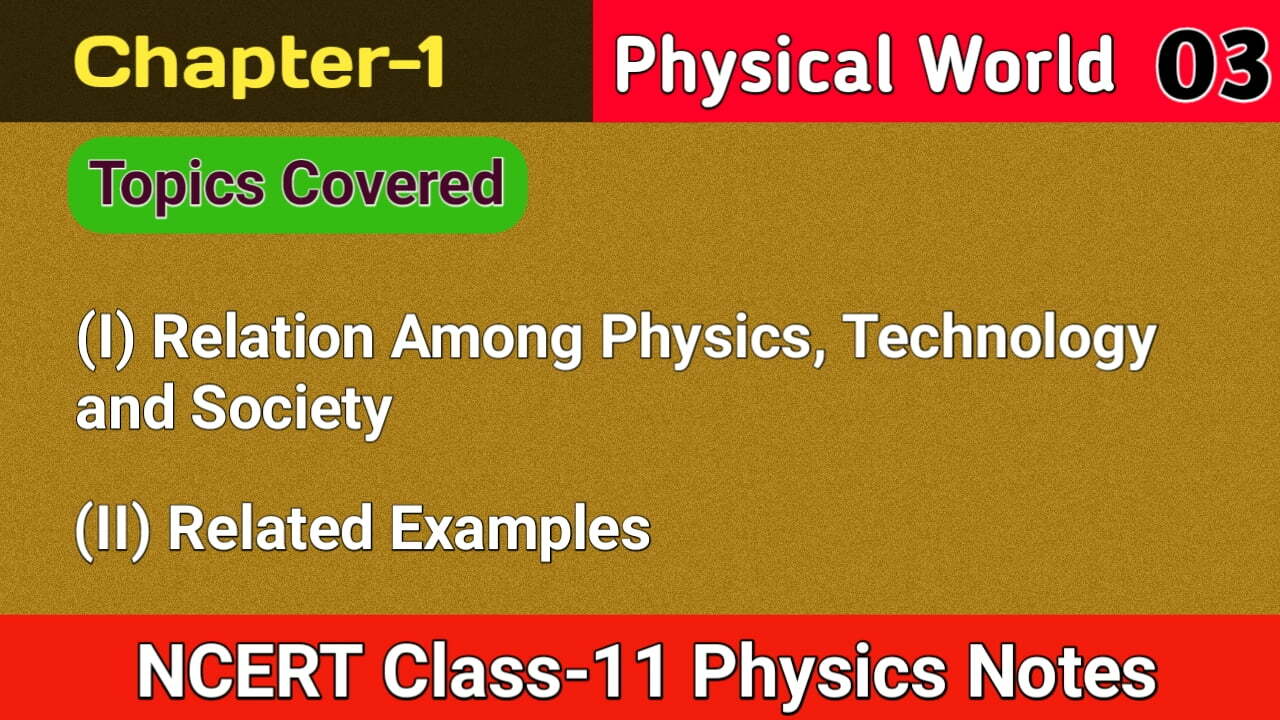 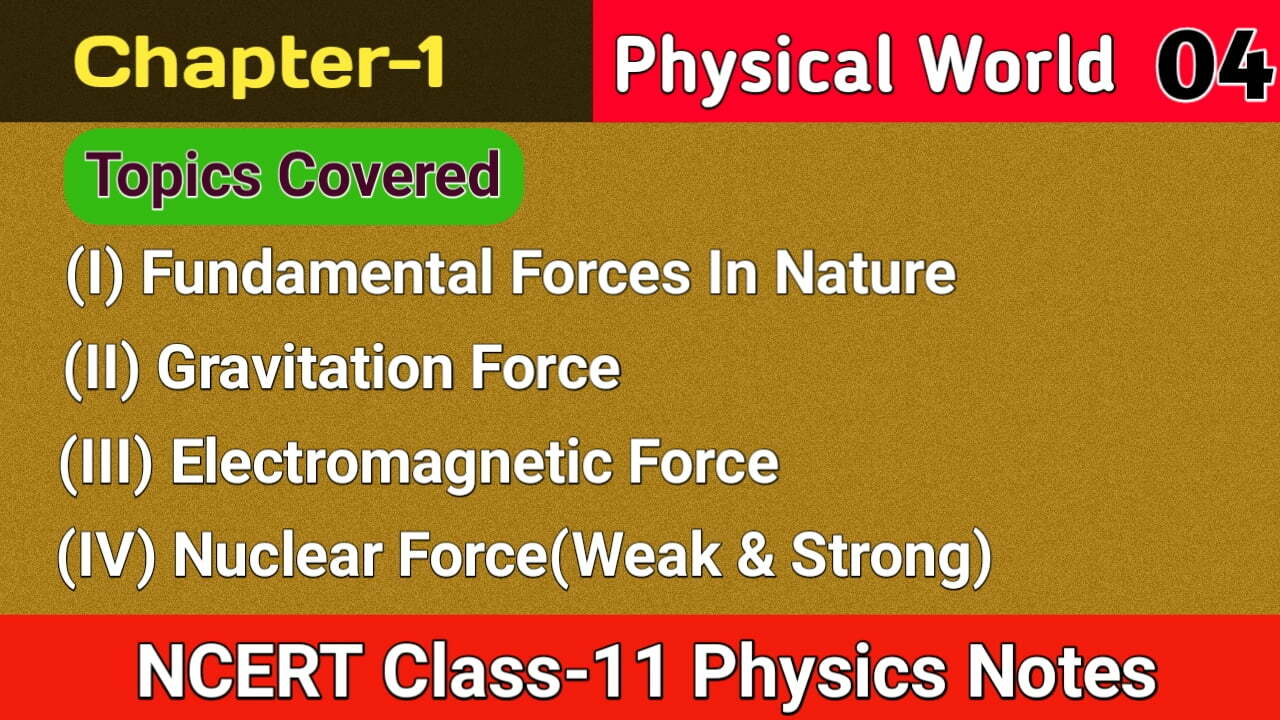 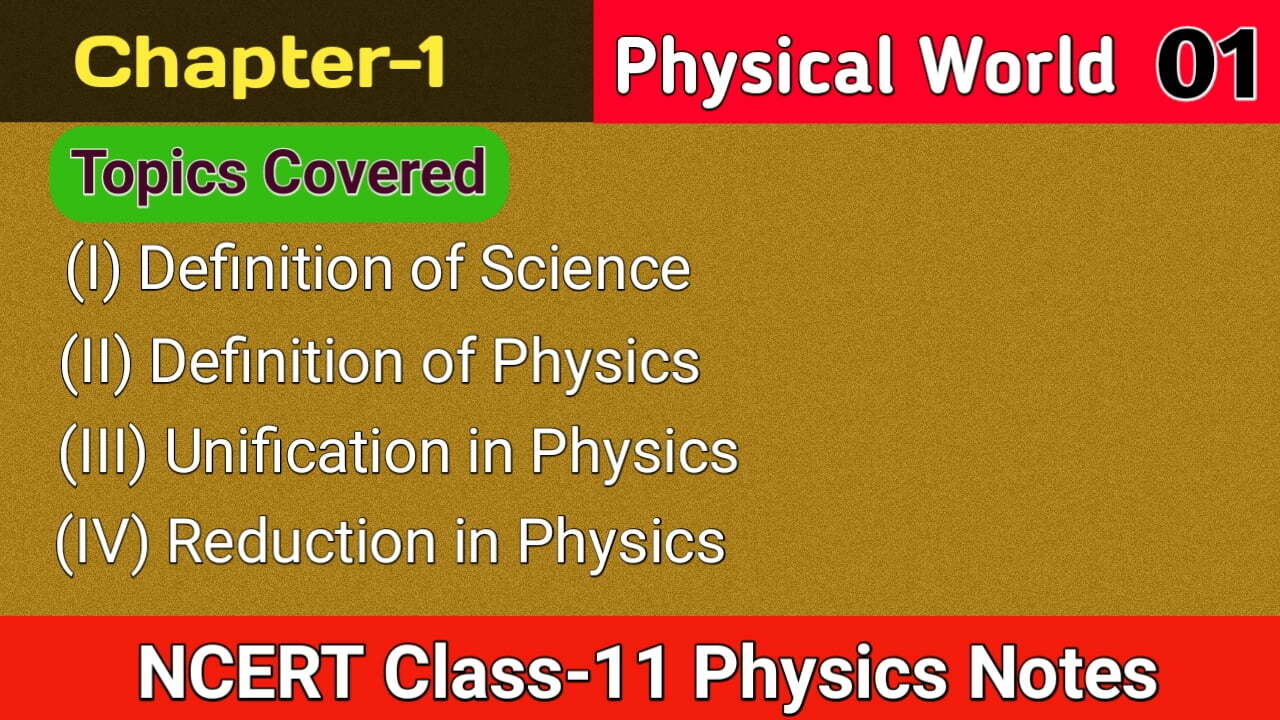 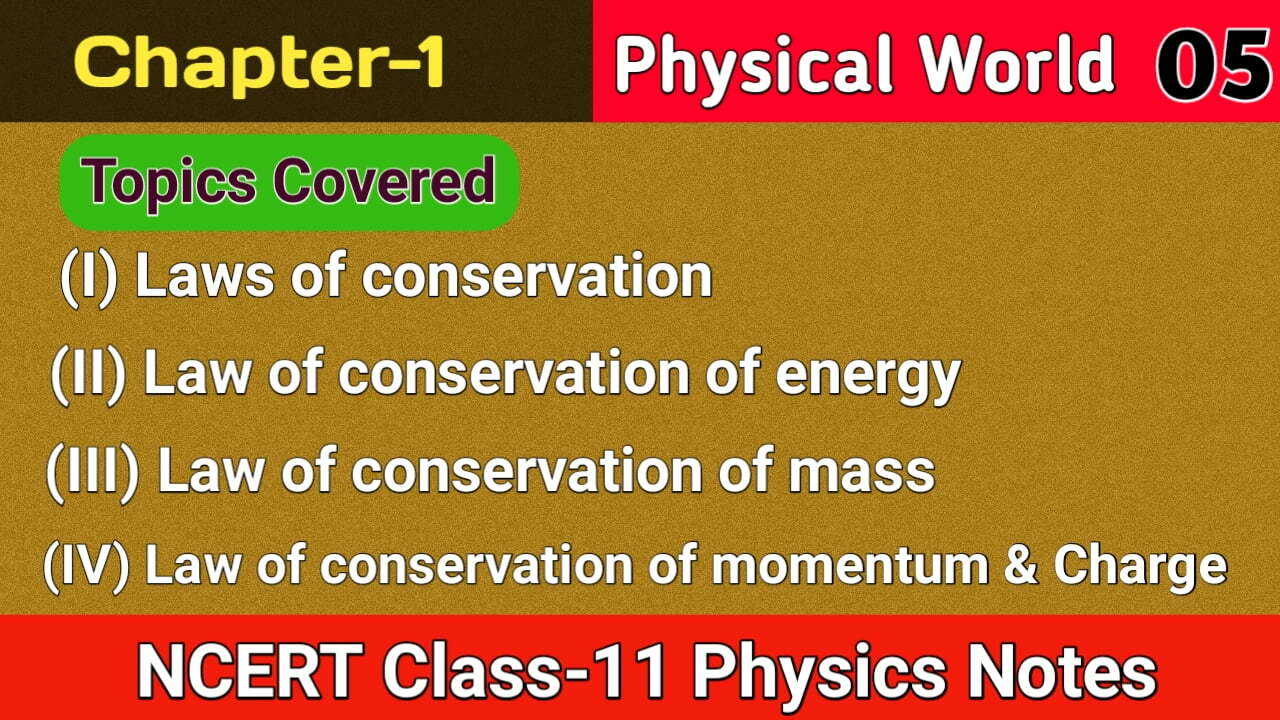