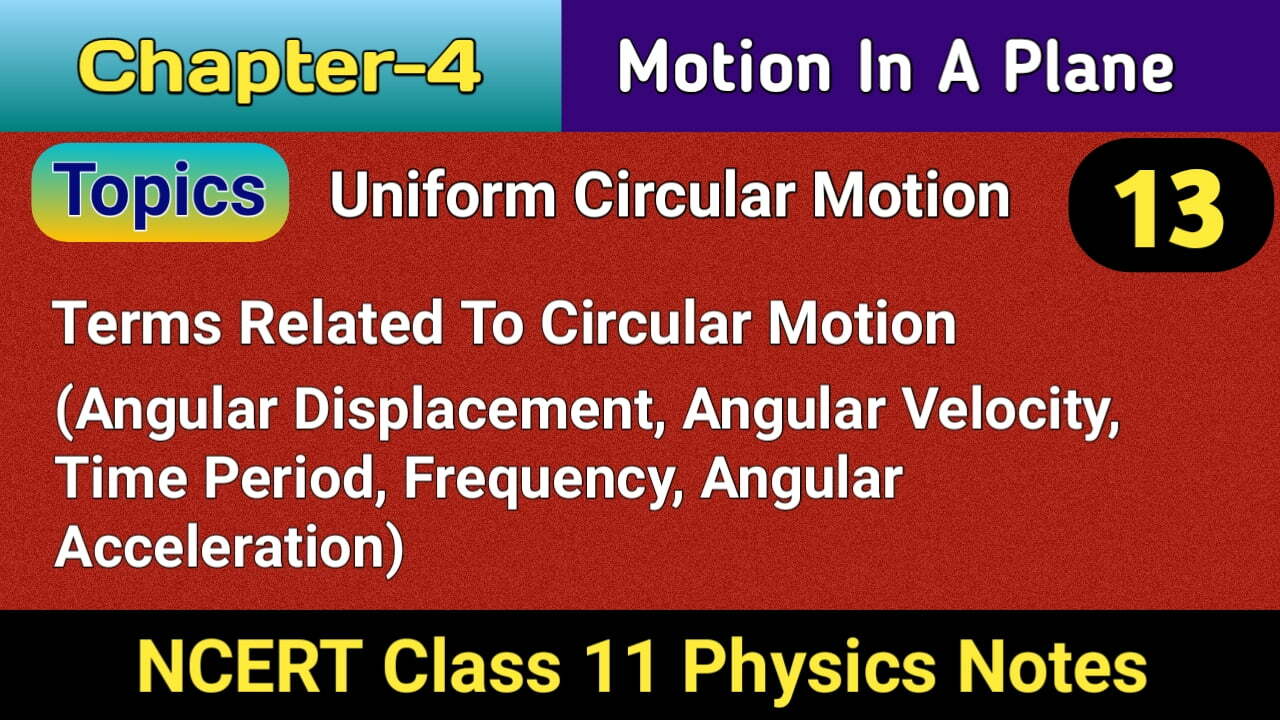 When an object follows a circular path at a constant speed, the motion of the object is called uniform circular motion. Although the speed does not very, the particle is accelerating because the velocity changes its direction at every point on the circular track.

Example:- Motion of the tip of the second hand of the clock.

It is defined as the angle traced out by the radius vector at the centre of the circular path in the given time. It is denoted by ∆θ and expressed in radian.

It is a dimensionless quantity. It is a vector quantity.

It is define as the time rate of change of its angular position.

It is denoted by ω and is measured in radian per second. It’s dimensional formula is [M⁰L⁰T⁻¹]. It is a vector quantity.

It is defined as the time taken by a particle to complete an revolution along its circular path.

It is denoted by T and measured in second.

It is defined as the number of revolutions completed per unit time.

It is denoted by f and measured in Hertz (Hz).

It is define as the time rate of change of angular velocity of a particle.

It is measured in radian per second square and has dimension [M⁰L⁰T⁻²]. It is denoted by α. 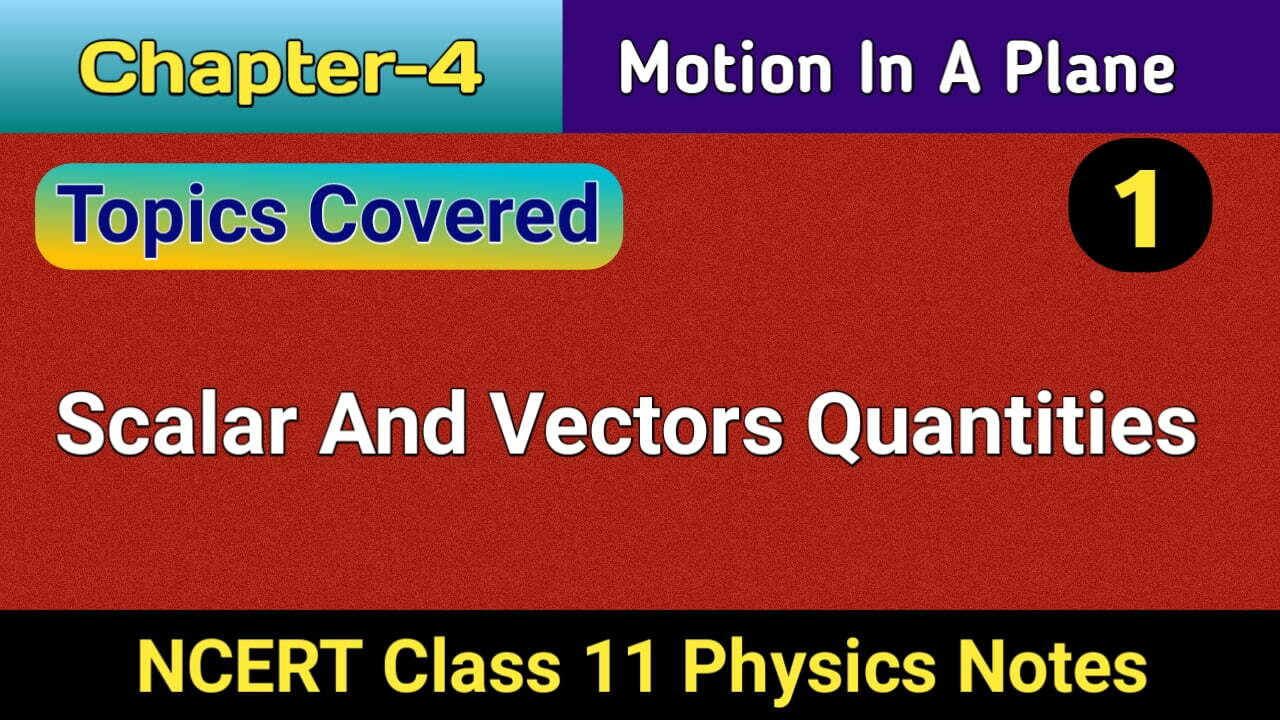 Scalar Quantities The quantities which have only magnitude but no direction is called scalar quantities. It is specified completely by ... 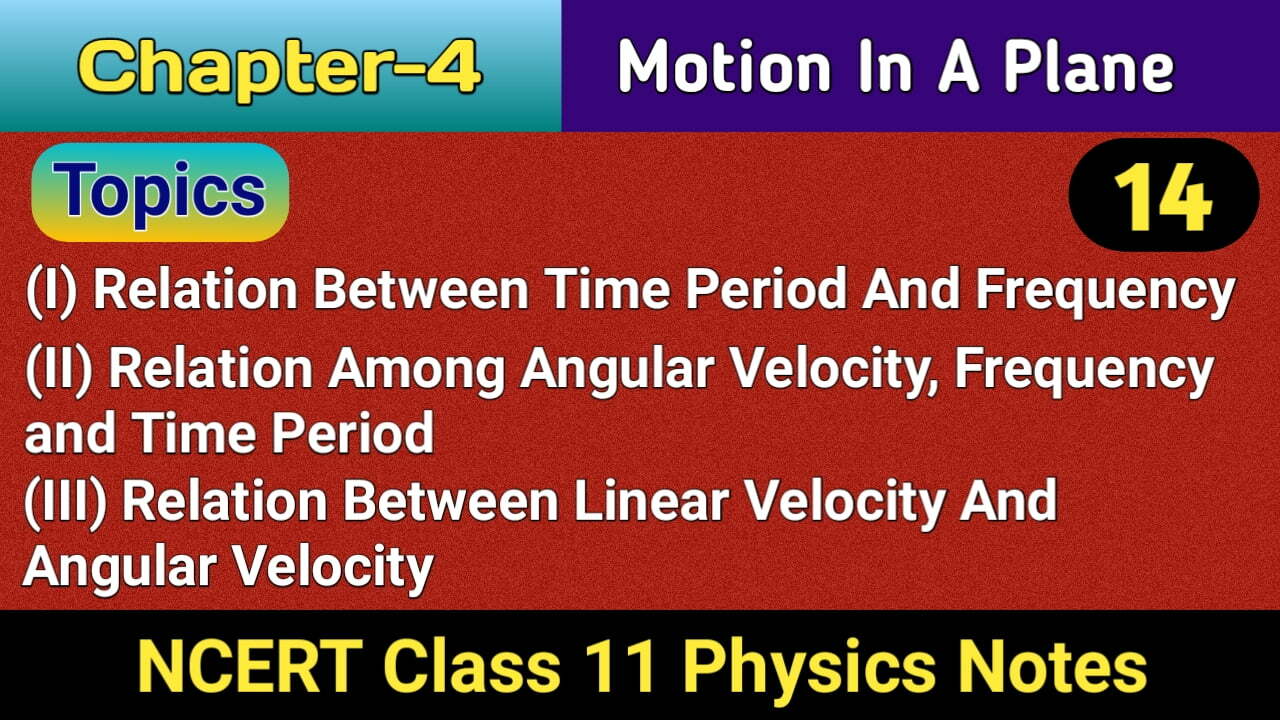 Relation Between Time Period and Frequency

If f be the frequency of an object in circular motion, then the object will complete one revolution in 1/f ... 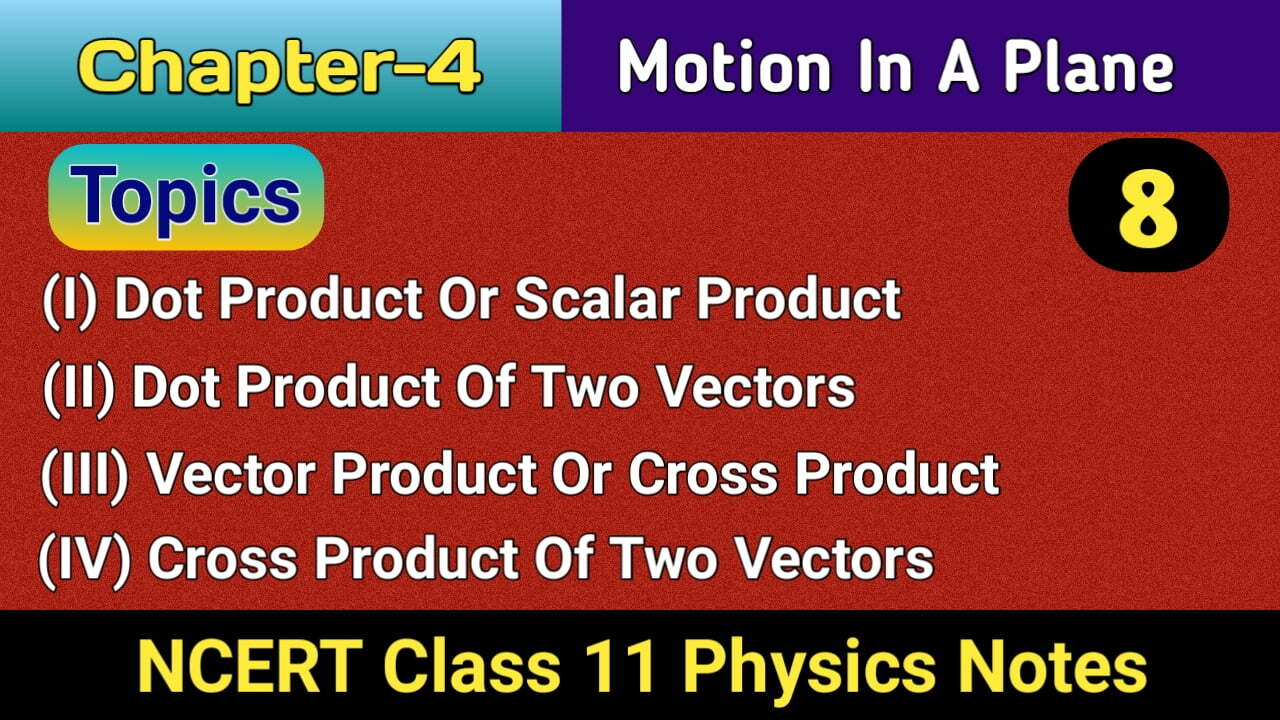 Dot Product Or Scalar Product It is defined as the product of the magnitudes of vector A and B and ... 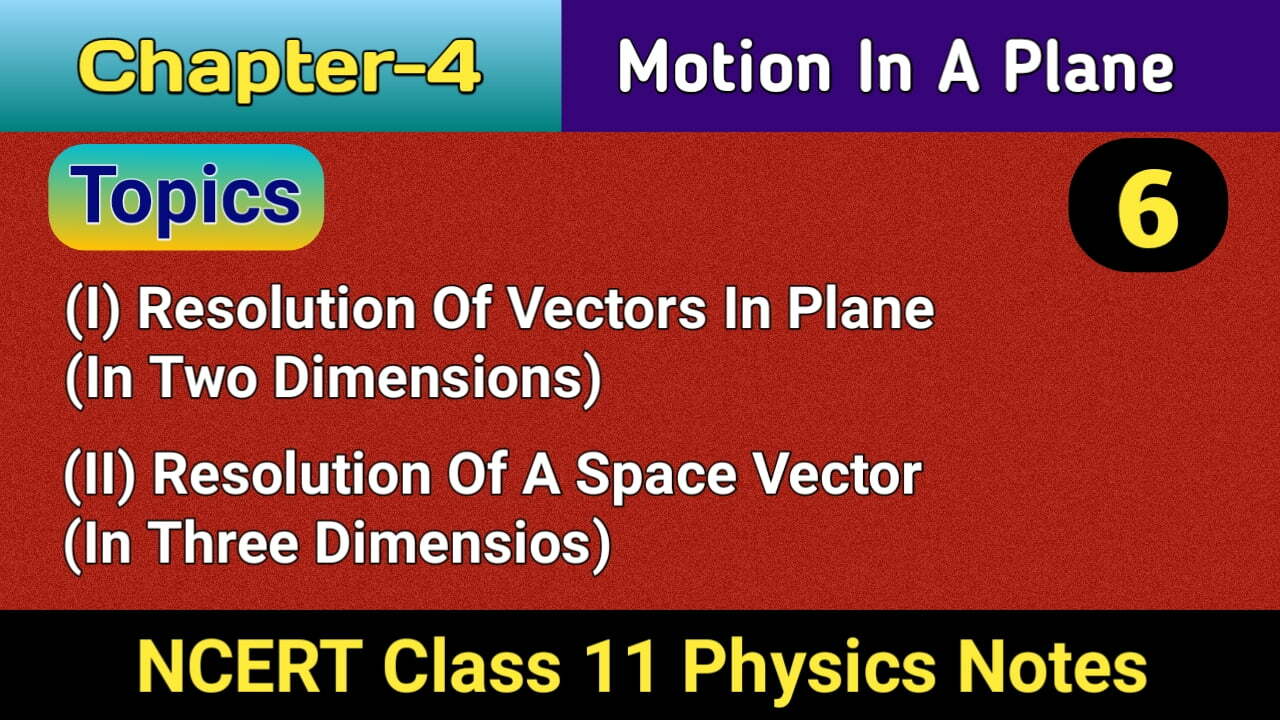 Resolution Of Vectors In Plane and Space

Resolution Of Vectors In Plane (In Two Dimensions) The process of splitting a single vector into two or more vectors ...